Tallinn is the capital and largest city of Estonia. It is on the northern coast of the country, on the shore of the Gulf of Finland. From the 13th century until 1918 in languages other than Estonian, the city was known as Reval. Tallinn occupies an area of 159.2 km2 and has a population of 453,328.

Tallinn, first mentioned in 1219, received city rights in 1248, but the earliest human settlements date back 5,000 years. The initial claim over the land was laid by the Danes in 1219, followed by a period of alternating Scandinavian and German rule. Due to its strategic location, the city became a major trade hub, especially from the 14th to the 16th century, when it grew in importance as part of the Hanseatic League.

Tallinn is the major political, financial, cultural and educational center of Estonia. Often dubbed the Silicon Valley of Europe, it has the highest number of startups per person in Europe and is a birthplace of many international companies, including Skype. The city is to house the headquarters of the European Union IT agency. Providing to the global cybersecurity it is the home to the NATO Cyber Defense Centre of Excellence. European Capital of Culture for 2011, along with Turku in Finland.

Tallinn in Estonia and Helsinki in Finland are considered to be sister towns and cooperate intensively especially after 1992  when Estonia got back the independence as a free Republic.

Old Town: Tallinn’s main attractions are located in the Old Town of Tallinn (divided into a “lower town” and Toompea hill), and it is easily explored on foot. Tallinn’s Old Town is one of the best preserved medieval cities in Europe and is listed as a UNESCO World Heritage site.  Town Hall Square has been used as a market place, and it is the center of Old Tallinn. 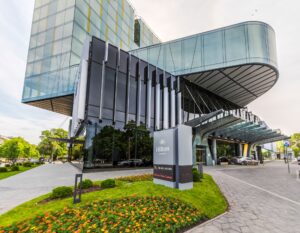 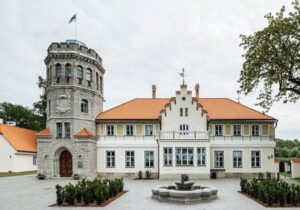 There are good flight connections to Tallinn, Estonia, from major cities in Europe. Other public transportation options are available, too, like bus and ferry. And your own car might be an option, too.

There are good flight connections to Tallinn, Estonia, from major cities in Europe. Other public transportation options are available, too, like bus and ferry. And your own car might be an option, too.

There are good quality coach connections from all the Baltic capitals, and even from Russia, Poland and Germany.

Ferry connections from Helsinki, Finland (2,5 hours), and some ferries from Stockholm, Sweden (12-15 hours), The harbour is quite close to the Old Town, the distance is about 1,5 km. The route takes you through the modern part of town to the medieval Old Town.

The Via Baltica highway (part of European route 67 from Helsinki to Prague) connects Tallinn to the Lithuanian/Polish border through Latvia. There are potentially parking services in our place of accommodation.

Registration fee doesn’t include accommodation, which is to be organised by participants themselves. Please, reserve and pay yourself your accommodation!

This website uses cookies to improve your experience while you navigate through the website. Out of these, the cookies that are categorized as necessary are stored on your browser as they are essential for the working of basic functionalities of the website. We also use third-party cookies that help us analyze and understand how you use this website. These cookies will be stored in your browser only with your consent. You also have the option to opt-out of these cookies. But opting out of some of these cookies may affect your browsing experience.
Necessary Always Enabled
Necessary cookies are absolutely essential for the website to function properly. This category only includes cookies that ensures basic functionalities and security features of the website. These cookies do not store any personal information.
Non-necessary
Any cookies that may not be particularly necessary for the website to function and is used specifically to collect user personal data via analytics, ads, other embedded contents are termed as non-necessary cookies. It is mandatory to procure user consent prior to running these cookies on your website.
SAVE & ACCEPT